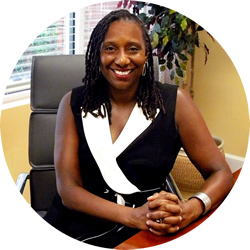 Ten million children in the United States have experienced a parent being incarcerated at some point. Nearly two and a half million American kids have a mother or father in prison right now. Those who have witnessed the arrest of their parent must often deal with the effects of this traumatic event for years.

Study after study shows that children with an imprisoned mother or father face severe developmental challenges that, if not addressed, can lead to lifelong issues, ranging from difficulty in forming and maintaining healthy relationships to an increased likelihood of being incarcerated themselves. Statistically, children with an imprisoned parent are seven times more likely than their peers to engage in disruptive behavior that leads to their own incarceration.

With the expansion of the penal system begun three decades ago not abating, the prison population continues to increase almost six percent every year, making the United States the world’s most prolific jailer. As one journalist writes, “[The prison boom has] done more than rob individual children of the presence of a parent. It has stripped poor communities of the most valuable resource they have left: familial bonds.”

Despite these staggering numbers and the undeniable effects of parental incarceration on communities, those most affected—the children—have remained largely invisible and voiceless.

At Foreverfamily, we help these children and youth find their voice. Better yet, we help them feel like part of our family. Take one of our 16-year-olds who raps, “I’ve experienced, met and been through a whole lot / But through the heartache, look what I’ve got. / I’ve got Foreverfamily.” Or a 6-year-old who says that Foreverfamily “helped me get more friends.” Or the 15-year old who says that Foreverfamily “is 75% of the reason I made National Honor Roll.” Or one of our many proud alums, who was nine when her mother was sentenced to five years in prison, and 24 when she became the first in her family ever to get a college degree.

Reports of improved behavior and GPA as well as increased numbers of students being promoted from grade to grade, on honor roll, engaged in career planning and taking leadership positions—these are all testaments to the critical positive difference Foreverfamily is making. That ninety-seven percent of our kids do not participate in negative behaviors that commonly lead to incarceration tells us that vicious cycles can end and new trajectories can be established. Consider what this means for not just the children but all of society.

Enlightened Leadership of Black Women: Leading from the Side – Op-Ed – Visible Magazine